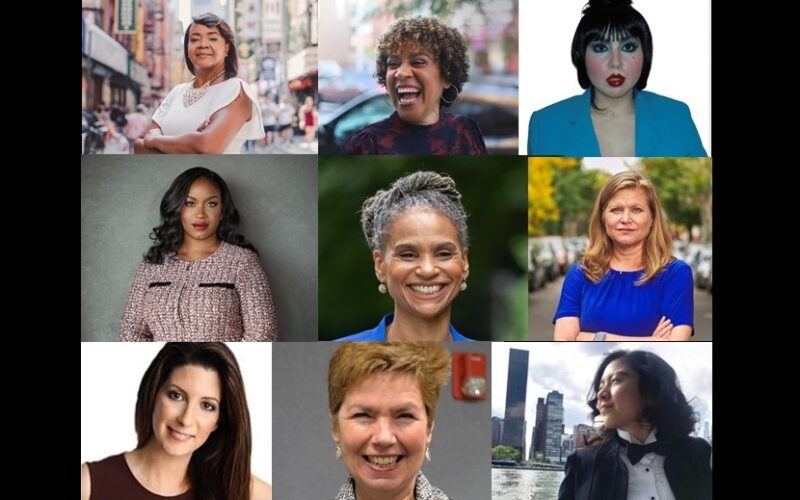 However, the mayoral office seems to be a high ceiling still to reach for female candidates. Fortunately, 2021 could be the year the ceiling is shattered. This year, 34 candidates are running, and nine are women. Who are these candidates, and what do they stand for? Take a look at this rundown of the women running for mayor in 2021. Each entry includes a bio from the candidate’s website—some have been edited for clarity and length. 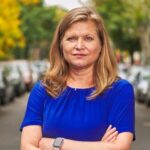 In 2014, Kathryn Garcia was appointed to Mayor de Blasio’s cabinet as the Commissioner for New York City’s Department of Sanitation. In this role, she managed the City’s $1.4 annual budget, oversaw the disposal of 3.2 million tons of waste a year, and worked to enhance composting programs.

She started her career as an intern at the Department of Sanitation and served as Chief Operating Officer at the NYC Department of Environmental Protection. Garcia has also served as Food Czar during the COVID-19 pandemic and Interim NYCHA Chair. On her campaign website, Garcia’s primary priorities are quality of life core programs, pandemic recovery, and climate change. 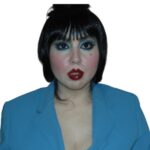 Running under the campaign slogan “Cleopatra For the Five Boroughs,” Fitzgerald is a lifelong New York City resident and political science major. According to her website biography, Fitzgerald is running for the reason of:

“Taking care of our five boroughs and fellow buddies, it is solely for the best interest of the people’s security. You probably might be in need of an outsider who will regularly guide the insiders towards the right path to watch over your safety.” Discrimination, public health, and crime reduction are priorities Fitzgerald seeks to address during her campaign. 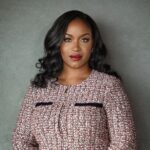 Quanda S. Francis is a visionary leader, change agent, native New Yorker, mom, wife, and first-generation college graduate born and raised in a housing development in Brooklyn. Francis earned a Bachelor of Arts from New York University and a Master of Business Administration from Long Island University. She is currently pursuing a Ph.D. in Information Science from Long Island University. 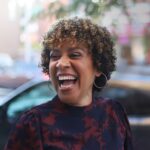 Morales was born in Bed-Stuy, Brooklyn, to two working-class Puerto Rican parents. Her life’s work has been focused on building partnerships across the public and private sectors to deliver high-quality services to struggling families.

She was a founding board member of Jumpstart, a 25-year-old national nonprofit that prepares preschoolers for kindergarten. She earned her undergraduate degree from Stony Brook University and graduate degrees from the Harvard Graduate School of Education and Columbia University.

Morales recently served as the CEO of an anti-poverty organization in the South Bronx, providing housing for homeless families and young adults aging out of foster care, supporting the mentally ill, creating pathways to careers for those living in poverty, and increasing access to higher education. 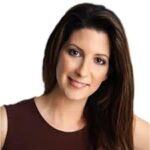 Prussman is a proud, lifelong, native New York City resident, born and raised in South Brooklyn. She started serving her community at the age of 16 as a liaison between her high school and the league of women voters. She later worked with Headcount as a coordinator for a successful, bipartisan voter registration campaign.

Prussman’s compassion drove her as an animal rights activist as she developed her strong support for critical animal rights measures. Her history with overcoming an eating disorder led her to become a speaker and advocate for mental health awareness, and she has given hundreds of keynote speeches at colleges, military academies, and treatment centers across the US.

As a radio host, public speaker, actor, and standup comedian over the past 30 years, Prussman has gained invaluable insights into communicating, working alongside others, and delegating and managing people and resources. She knows New York City’s unique culture and what it brings to its residents. 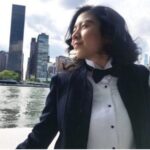 A graduate of Baruch College, Julia Quing Reaves is also vying to become New York City’s first female mayor. She has supported the New York City community as a volunteer for several nonprofit and charity organizations, including the Girls Scouts of Greater New York, the 9/11 Memorial and Museum, and the FDNY Foundation. Professionally, she has interned for the latter and worked as a research analyst for the Learning Worlds Institute. On her LinkedIn profile, Reaves gave the following reason for entering this mayoral race:

“I will not sit idly by while our city, our home, and our country is in dire straits. I would rather deal with all of the emotions that come with failing than live with the regret of not standing up for my fellow New Yorkers. This is my rallying cry to every single person. We must use our voices. We must take action. For all these reasons and many more, I am running for 2021 NYC Mayor.” 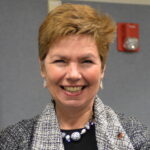 Loree Sutton, MD is a lifelong public servant and retired Brigadier General who, as the Army’s highest-ranking psychiatrist and Commissioner of New York City’s Department of Veterans’ Services, has devoted 35 years of service to the nation and New York.

Loree’s campaign for mayor launched in November of 2019, fueled by her conviction that New York City faces challenges that exceed the capacity of ‘politics as usual’ to lift up all New Yorkers and lead our city forward. 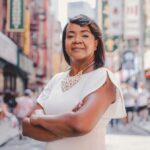 Jocelyn Taylor was born and raised in Brooklyn and was a part of one of the first African American families to move to NYCHA’s Louis H. Pink houses. She has worked as an operations manager with AIG, opened a general contracting firm, and formed a nonprofit organization called the NYC MWBE Alliance. The latter’s goal is to assist minority and women-owned businesses with access to opportunities and work with city and state agencies and elected officials to remove entry barriers. 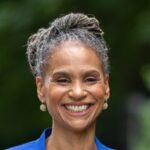 Maya Wiley is a nationally recognized racial justice and equity advocate. She is a leader in city government and in spurring democratic change. As Counsel to the Mayor, she delivered for New York City on civil and immigrant rights, women and minority-owned business contracts, universal broadband access, and more.

After leaving City Hall, she held police accountable as Chair of the Civilian Complaint Review Board and worked to improve public education as a Co-Chair of the School Diversity Task Force. At the New School, where she served as a University Professor, she founded the Digital Equity Laboratory on universal and inclusive broadband.

Wiley is a veteran of both the NAACP Legal Defense and Education Fund and the ACLU, was a former Legal Analyst for NBC News and MSNBC — where she argued against Trump’s attacks on our civil liberties and democratic norms — and was the founder and president of the Center for Social Inclusion. Wiley was also Senior Advisor on Race and Poverty at the Open Society Foundations, the largest funder of human rights work the world over.

Wiley is committed to a New York City where every New Yorker can afford to live with dignity; that’s why she is running for mayor.

The Field is Wide and Diverse

This year’s field of women running for mayor includes candidates representing a wide variety of ages, backgrounds, and life experiences. Could one of them make history this year? New York City’s residents will decide when they enter the voting booth for primaries on June 22, 2021, and then vote again for the General Election on November 2, 2021.