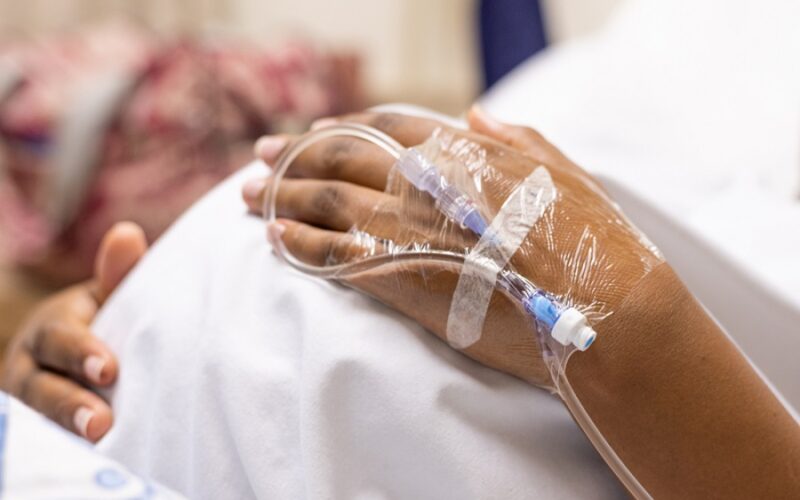 by Cheryl Smith for HealthyNYC.com

In 2019, a woman of color attended a New York City Council meeting to discuss her experience of an all-too-common and disturbing problem that many new Black and Hispanic mothers face.

During her stay at a New York City Public hospital, she was screened for drugs without her consent after she admitted to smoking marijuana to deal with nausea caused by pregnancy. A medical professional then reported her to New York City’s Administration for Child Services.

This occurrence happens a lot. Black and Hispanic women who have just given birth to children are typically subjected to drug screenings at higher rates than their white counterparts. However, the frequency of drug use between all three groups is reported to be similar.

Policy Changes and Commissions Look to Address The Issue

In January of this year, in response to the women’s story at the New York City Council, the New York City Health and Hospitals Corporation worked on a policy to institute some changes to how the City’s public hospitals screen pregnant women.

The changes included the intention to screen all women with a simple questionnaire only for health purposes. However, it looks as if this plan has fallen through the cracks.

On November 16, 2020, the New York City Commission on Human Rights began an investigation into how Montefiore, Mount Sinai, and New York-Presbyterian Hospitals were reporting Black and Hispanic families to the State Central Register of Child Abuse and Mistreatment (SCR). These reports occurred after a single unconfirmed positive toxicology test.

Advocates have expressed concern about this process’s racial disparity, as these families are often subjected to child protection investigations by the SCR.

This development is just another instance in a long line of implicit bias and racial discrimination found in New York City’s healthcare and child welfare practices.

A Troubling History of Implicit Bias in Drug Testing

A report by the Movement for Family Power, which was also co-published by the NYU Family Defense Clinic and the Drug Policy Alliance, took an in-depth look at the child welfare disparities in New York, specifically the Bronx.

The report found that the “overwhelming majority of parents who are accused of abusing and neglecting their children are low-income, Black, Latinx, and disproportionally mothers.”

Yet, white and higher-income parents were found to use drugs at similar rates, but New York City’s Administration for Child Services rarely investigated these people.

The report also found that medical care providers were testing minority mothers without their consent and giving the information—including tests and details of conversations about drug use— to child protective agents. This report confirms much of what advocates have noticed about the current state of child welfare in New York City.

Disproportionate drug testing is more evidence of the ongoing problem of racial discrimination in the healthcare system. However, besides this issue, New York City public hospitals have fallen short in preventing Black mother’s deaths during childbirth—as Black women are eight times more likely to die due to childbirth complications in New York City.

This year, the heart-wrenching deaths of women like Sha-Asia Washington, Amber Rose Isaac, and Cordielle Street during childbirth, has continued the narrative that many medical professionals do not provide the same empathy and duty of care to Black mothers as they do to white ones.

And, the children of Black mothers often don’t fare too much better. A recent examination into national data found that Black children were more likely to die after common surgeries than their white counterparts.

In a country as economically developed as the United States, it’s hard to accept that these health and child welfare disparities continue to be a significant problem.

Nevertheless, unfortunately, racism continues to creep into various systems within this country: whether it be financial, medical, legal, or educational. These instances show that Black and Hispanic people continue to pay a heavy price for the racial biases that permeate crucial systems and processes.

In 2018, the City planned to invest $12.8 million to address the rising mortality rates among women of color. Nonetheless, in year two, the funding doesn’t seem to have come close to solving the problem.

Many of the plans to address these issues seem to fall short, and as they do, more Black and Hispanic families are dealing with the consequences—through no fault of their own. What will it take to change the narrative?