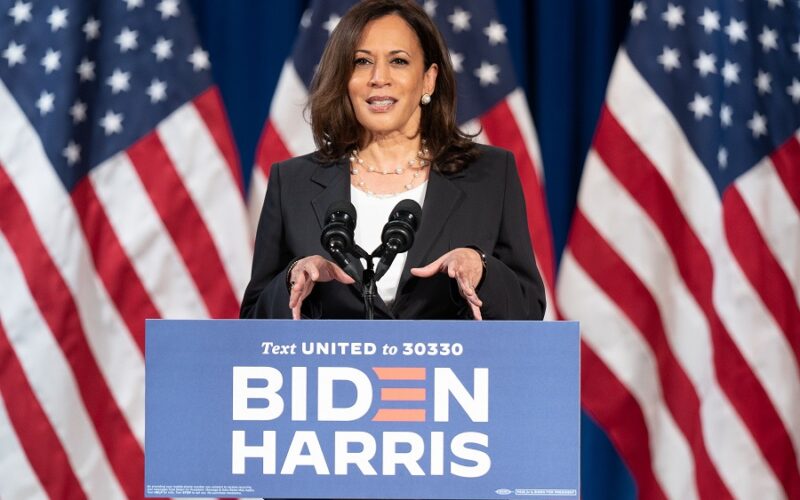 On the morning of November 7th, Twitter began to fill with acknowledgments of Joe Biden’s defeat of Donald Trump. From comical memes to messages of relief, a virtual celebration started.

However, Biden’s victory was the second-page story for many—as, on that morning, a video began to circulate. It was Senator—now Vice President-elect—Kamala Harris. She was on the phone with her running mate and said the following historic words:

After 231 years, the United States finally has someone in the land’s highest office that looks like a powerful voting constituency in this country: women of color.

It’s been a long-time coming and one that has seen many take the long and bumpy road to pave the way. In 1968, Shirley Chisholm became the first Black woman to be elected to the United States Congress in New York’s 12th Congressional district.

She went on to also become the first Black woman to run for president. Even though she met defeat, the door was slightly opened.

Since then, we have had the likes of:

And on November 7th, we finally saw a Black woman bring many of these efforts to fruition.

Kamala Harris’ Political Ascension Started Like Most Do— Locally

Many women have directly and indirectly helped to make this moment possible, and Kamala Harris is the culmination of that work. However, while Harris’ name is still synonymous with her newest achievement, she has laid the groundwork for diversity in politics on a local level.

When she was sworn into the U.S. Senate in 2017, Harris was only the second Black woman to be elected to the Senate. She was also the first South Asian-American senator in the nation’s history. However, the “firsts” don’t stop there.

Additionally, Harris was the first Black American and woman to be elected as California’s Attorney General. Nevertheless, while her achievements are momentous, Harris’ ascension reveals that there is still a severe shortage of women represented in the U.S. government at a federal and local level.

A little over half of the United States is female. Yet, women only represent 23% of the House of Representatives and 25% of the Senate. The feats of people like Harris, Clinton, and other female politicians need to be celebrated. Nevertheless, there is still a long way to go to ensure that women of all races are adequately represented in government.

What’s interesting about the rise of female political leaders like Chisholm, Ferraro, Clinton, and even up-and-coming voices like Alexandria Ocasio-Cortez, is that their political careers either started or gained the most traction in New York.

New York City has been the starting point for many women who want to move into politics. The organization, 21 in ’21, has recognized how New York can be the catalyst for female political representation. Former City Council Members Melissa Mark-Viverito, and Elizabeth Crowley founded the organization in 2017 to endorse and support female politicians to help ensure that they win 21 of the 51 NYC Council seats in 2021 elections. Currently, only 12 seats are held by women. However, this year, the organization has endorsed 33 female candidates for the June 2021 elections.

A Significant Step in The Right Direction

While the numbers of women represented in politics are not as high as they could be, Kamala Harris’ win shows that there is room for women in Congress, the Senate, and even in the highest office of the land. Bright spots in this area began to form this year, as record numbers of women have run for office in both parties. So, it is resoundingly fitting that the election year would end with Harris’ stellar achievement.

Nonetheless, there is still more work to be done. Fortunately, organizations like 21 in ’21 are taking up the charge to put women on the fast track to impact their communities within the political realm. This action will hopefully lead to a future that Vice President-elect Kamala Harris referred to in her victory speech:

“But while I may be the first woman in this office, I will not be the last. Because every little girl watching tonight sees that this is a country of possibilities. And to the children of our country, regardless of your gender. Our country has sent you a clear message: dream with ambition, lead with conviction, and see yourselves in a way that others may not simply because they’ve never seen it before…”