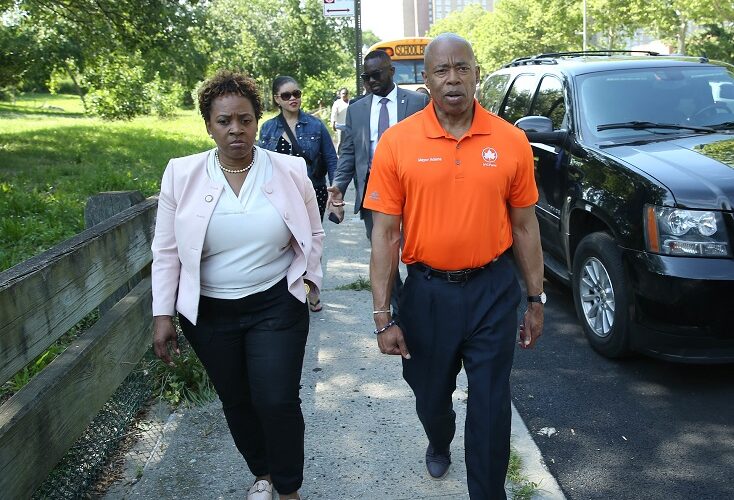 Mayor Eric Adams was in East New York yesterday conducting a walkthrough of the neighborhood with Assemblywoman Nikki Lucas. They made stops at Linden Plaza Apartments and the Thomas Jefferson HS football, which has been condemned for the past few years. They also made stops at Starrett City and a strip along the Livonia Ave. corridor that has been troublesome for the community in recent years.

Assemblywoman Lucas pointed out the community concerns along the way, which was the reason for the tour.

Lucas stated to East New York News, “I appreciate Mayor Adams for coming out to East New York today. The mayor is knowledgeable of the district, but there’s nothing like going on a tour to address specific community concerns.” 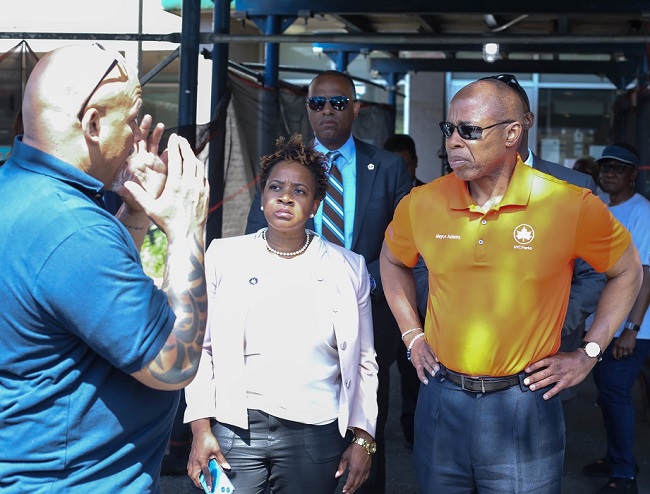 Mayor Adams and Assemblywoman Lucas toured Linden Plaza and spoke to tenants. Tenants have been dealing with scaffolding that has been up for 3 to 4 years. Outside maintenance has come to a halt, with no notifications as to when work will continue. They also discussed the very real need for additional security staff at Linden Plaza.

The tour continued to Thomas Jefferson football field, which has been condemned for years. Student-athletes at Thomas Jefferson, which is one of the largest and oldest schools in the city, must play their games at other fields. Youth programs that also use the field have been displaced as well. These are issues that go right to the heart of the problem of students not having safe spaces after school. After school team practices and weekend games become safe spaces for students and their families. We found out that Thomas Jefferson High School is one of the few schools in New York City that has not had a new field. 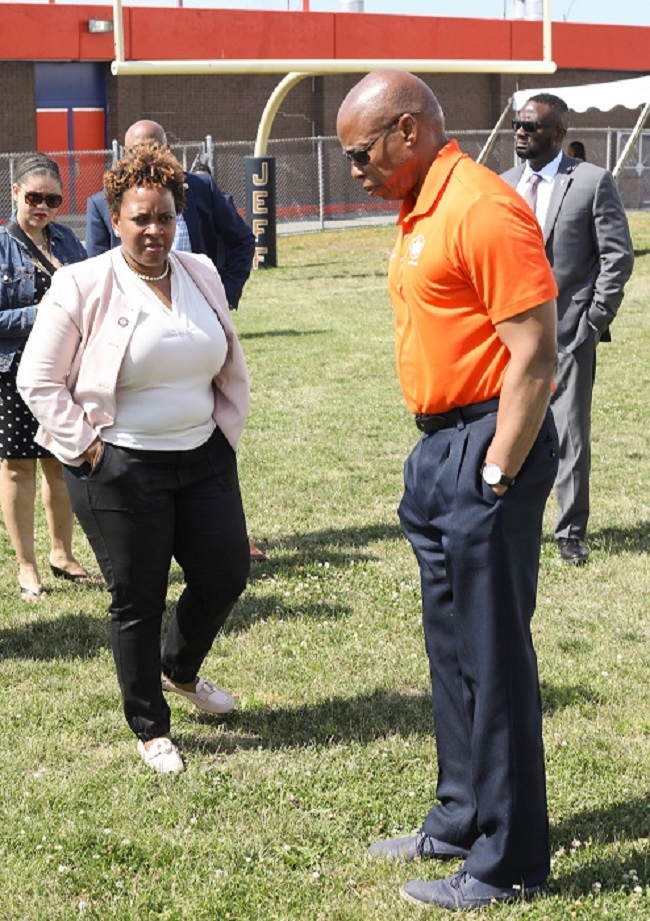 Assemblywoman Lucas added, “I am confident that we will work together to solve the issues that were addressed today. I am also looking forward to continuing this partnership to bring resources into the community, beyond today’s tour. One of my goals is to bring a full-blown Arts and Culture center to the district with a business incubator. We should also have a farmers market that is accessible year round. Our community should have the same resources and services that exist downtown Brooklyn and other parts of New York City. Having a mayor who is committed to partnering with us to make these plans happen is how they become reality.”