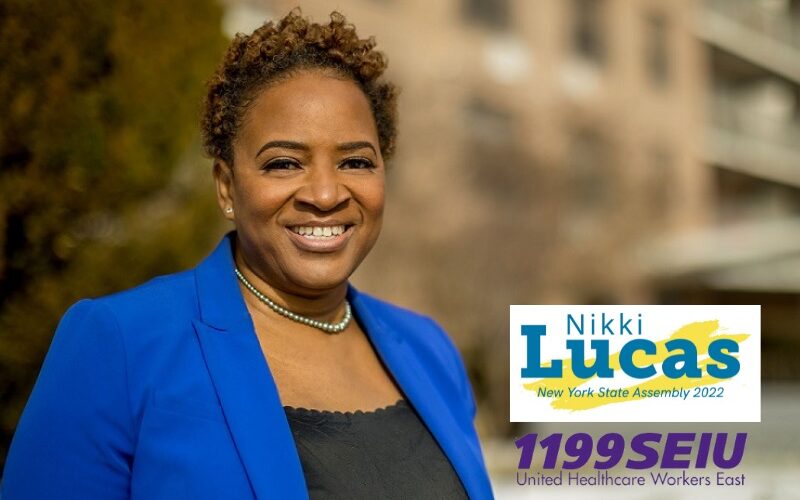 “Nikki Lucas is a powerful voice we need in Albany. She shares 1199SEIU’s values of “Quality Healthcare and Good Jobs for All” and our vision for a better New York. I know she’ll do everything she can to make sure healthcare workers aren’t left behind as we emerge from the pandemic,” said Dell Smitherman, 1199SEIU Downstate Political Director.

“I am honored to receive this endorsement from 1199SEIU. I will stand shoulder to shoulder with nurses and healthcare workers as we fight for better paying jobs, increase access to healthcare in our communities and ensure our frontline workers are safe on the job,” said Nikki Lucas.

Many people might not realize it but there is a very important Special Election on Tuesday February 15, 2022, to fill the open Assembly Seat in the 60th District, covering East New York, Starrett City, Brownsville and Canarsie.  This is going to be the first time in decades that the seat will not be filled by either Charles or Inez Barron, which guarantees that there will be change in the District. Nikki Lucas is the official Democratic Nominee in the race.