Alexandria Ocasio-Cortez Warned Not to Challenge Schumer in 2022 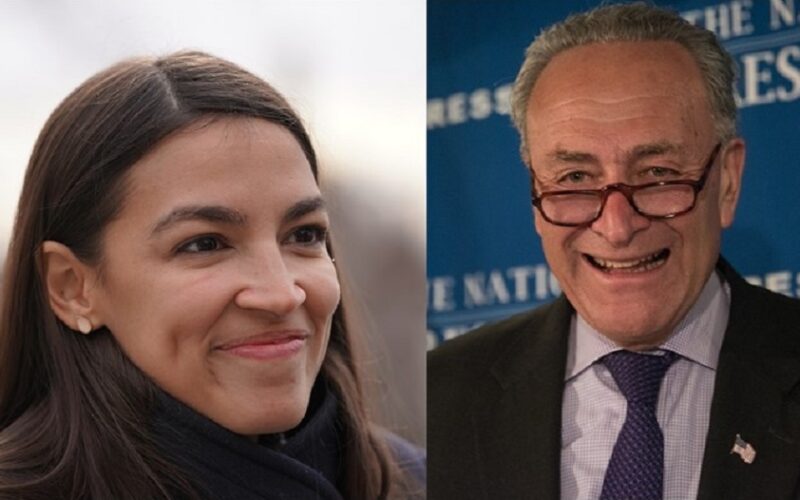 The unconfirmed rumor that Congress Member Alexandria Ocasio-Cortez has been thinking about running against NY State Senator, Chuck Schumer, has been circulating for quite some time, but according to the NY Post, New York State Democratic part head, Jay Jacobs is warning AOC not to take on Schumer.

Jacobs told the NY Post, “I think it would be a primary driven by ambition more than by need,”

“Chuck Schumer has been a progressive force in the state for decades,” Jacobs said. “She has a constituency that admires her and supports her, and they’re in her community, and I think it would be a loss for them if she were to do that.”

Although no official comments have been made by AOC regarding this latest statement by Jacobs, she told Vanity Fair a few months ago, “I don’t know if I’m really going to be staying in the House forever”.

Schumer is currently serving his fourth six-year Senate term and is up for reelection in 2022.

Subscribe to NYC Politics for Updates on NYC insider politics.