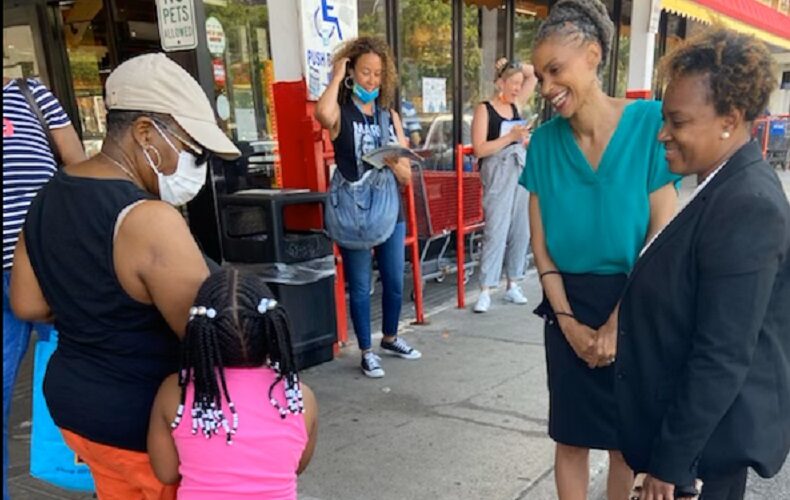 “Nikki Lucas is an inspiring civic advocate and I am so thrilled that she’s running for City Council and that I have her on my team as we head into these last few days of this campaign,” said Maya Wiley. “Throughout her career, Lucas has been fighting for the residents of Brooklyn and New Yorkers citywide. She has made great strides to make sure that the residents of Brooklyn have access to affordable low-income housing, adequate healthcare information, and social services and will continue to do so as a member of the city council. I am honored to have her support as we fight together to keep our city safe, and rebuild our city’s economy so that it truly recovers everyone and truly works for all of us.”

“Maya Wiley has a real plan that addresses issues that are important to residents of my district of East New York, Brownsville, Canarsie and East Flatbush, which is why I am supporting her to become New York City’s next Mayor”, stated Nikki Lucas. “Wiley has proven to be a courageous leader who will hold NYPD officers accountable, while at the same time keeping our community safe. We can count on her to fight for true affordable housing, which is crucial during these challenging times. I am honored to have her support as we move forward into the final week of our campaign.”

Since entering the race, Wiley has introduced several innovative policy proposals, including her New Deal New York, a piece of her economic vision that will create 100,000 jobs; a plan to save small business; a Universal Community Care plan to provide $5,000 grants for the 100,000 most in-need New York City; her Community First Climate Plan; an education plan that hires 1,000 teachers; a policy to prevent maternal mortality; a proposal to combat gun violence; an arts, culture and tourism platform; a women’s agenda; a plan to create safe communities and transform policing; a housing plan for a just and livable city; and a plan to fight evictions.

Previous PostWanderlust 108 Returns to Brooklyn for a Day of Mindful Movement, Yoga and Meditation on September 12, 2021